JoinData is an independent data platform set up to give farmers control over their data. FrieslandCampina, Agrifirm and CRV, among others, are members of JoinData as farmers' cooperatives. All dairy farmers in the Netherlands use JoinData via the Annual Nutrient Cycle Assessment. But, are they going to use JoinData for other data flows as well? And what are the pros and cons of data sharing? Which apps and innovations do farmers really need? Director Sener Celik talks to various farmers in the Netherlands to answer these questions.

In Steenbergen, Brabant, Joost van Eert (45) has 230 dairy cows and 150 young stock. They are in a Dairymaster Swing-Over milking parlor. It uses GPS for precision fertilization, and row fertilization with slurry for corn. He feeds with a self-driving mixer-feeder.

Sener: Do you know JoinData?

Joost: I know it through hearsay. Mostly negative hearsay, actually. Many farmers are suspicious, like: we have to share all our data with parties and they also want to know everything about us. And what do they do with it? I’m sure it’s being used against us again.

Sener: Do you feel the same way?

Joost: I like to look into the possibilities. JoinData enables us to keep our data within the sector. And we as farmers can make adjustments where we want to.

Sener: So where does that resistance come from when it comes to data sharing?

Joost: Farmers want to see the benefit for their business. If it’s simple, they will use it. I don’t think the term ‘data sharing’ is concrete enough. The question is: what’s in it for them?

Sener: What do you see as concrete benefits of sharing data?

Who is Joost van Eert?

Joost: I think it would be ideal if I no longer have to enter and pass on the same data ten times.

Sener: Did you know that by sharing data, it is possible to create all sorts of smart apps for farming?

Joost: I know that, yeah. I hope they get there soon. That saves me a lot of work in excel sheets.

Sener: What is your main concern regarding your business operations?

Joost: Probably the nitrogen legislation. The adjustments to reduce emissions.

Sener: Are there any apps that could help the farming sector in that area??

Joost: I believe so. I do want an app with which I can demonstrate to the government that I have taken measures to reduce nitrogen emissions.

Sener: How do you envision that?

Joost: Well, you can, of course, reduce your herd or adjust your barn. That’s easy to check: a civil servant comes, pulls open your stable door, looks at the floor or counts your animals and it’s done. But there are also other methods that reduce nitrogen: feeding differently, adjusting grazing or treating the manure. But how do you prove you have taken those measures? I imagine there could be an app that collects the data from the feeding, fertilizing and milking robot, calculates the emission reduction and sends it to the inspection authorities.

Sener: Do you know what JoinData costs you?

Joost: I have no idea. And it doesn’t matter that much to me, so long as I get something out of it. If I can use data sharing to make sure that I don’t have to reduce my herd through a smart app, I’m willing to pay for it.

Joost: Not yet, is that possible yet? I haven’t received any login codes yet.

Sener: Each farmer is automatically connected. And login is via E-Recognition, you should have those details.

Joost: I’ll do it right now.

Sener: Do you see the authorizations?

Joost: Yes, I see them. And I do remember that I once gave those permissions to those companies on paper. I just did not know that they now run through JoinData. With some companies, you don’t see the name, just a Chamber of Commerce number. It would be good to describe all companies clearly.

Sener: What do you think of having all this digitally?

Joost: Convenient. Clear. For example, if I ever change suppliers, I can revoke the authorization. I switched feed suppliers once. I bumped into the old one months later and they said: your fresh cows are doing well, huh? I thought: how do they know? Turned out the company was still watching. Not a problem or anything, as there was nothing else behind it. But if a company ever gets negative news about data sharing, it would sure be nice to be able to turn everything off at the push of a button. 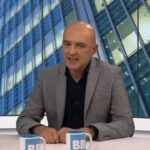 END_OF_DOCUMENT_TOKEN_TO_BE_REPLACED

Wageningen – 6 February 2020 – Producenten Organisatie Varkenshouderij (POV), an organization representing the interests of the collective pig farming sector, became a member of the nonprofit data cooperative JoinData on 3 February. With this …